The ExtraHop system generates metrics about your network and applications through a wire data feed, which is typically mirrored from a switch. However, you might not always have access to a switch or you might want to monitor a specific device that is outside of your wire data network. Additionally, in a cloud environment, such as Microsoft Azure or Amazon Web Services (AWS), you cannot directly access switch hardware. For these types of environments, you can forward packets to an ExtraHop sensor through a packet forwarder such as Remote Packet Capture (RPCAP).

The following steps outline the key procedures that are required to implement RPCAP with an ExtraHop sensor. 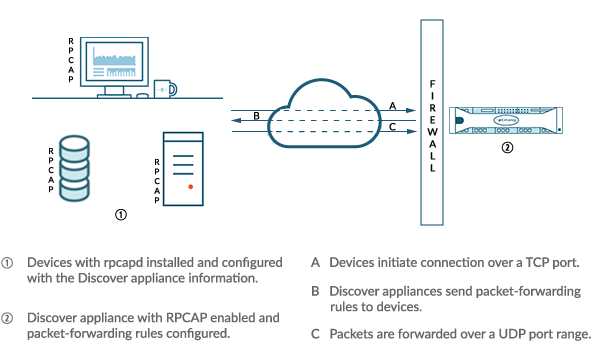 We recommend that you configure a second interface only for RPCAP, rather than configuring both RPCAP and management on the the same interface. Configuring a dedicated RPCAP interface improves the likelihood that all packets will be successfully forwarded to the ExtraHop system.

Running the install command creates a configuration file (rpcapd.ini) with an ActiveClient entry that defines the IP address and destination port of the sensor, such as ActiveClient = 10.0.0.100,2003. The entry can also specify the name of the interface to forward traffic from; if not specified, the entry forwards traffic from eth0. We recommend that you do not forward traffic from an interface that is also capturing network traffic to avoid performance degradation. For example, if the interface between the RPCAP peer and the sensor is 1Gbps, and the RPCAP peer is both capturing and forwarding traffic from that interface, RPCAP will only be able to forward 500 Mbps, since the other 500 Mbps is consumed by capturing incoming network traffic.

If you want to forward traffic from multiple interfaces, you must specify multiple ActiveClient values in the rpcapd.ini file. We recommend that you specify the interface names explicitly. For example, the following configuration forwards traffic from both eth0 and eth1:

Received by the ExtraHop system 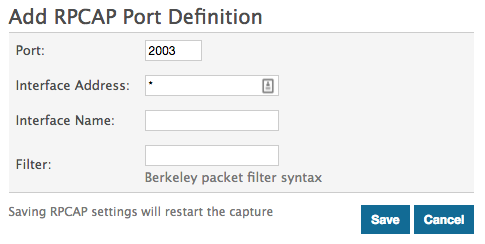 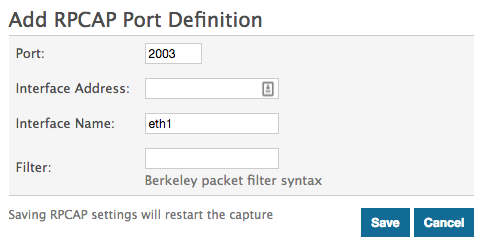 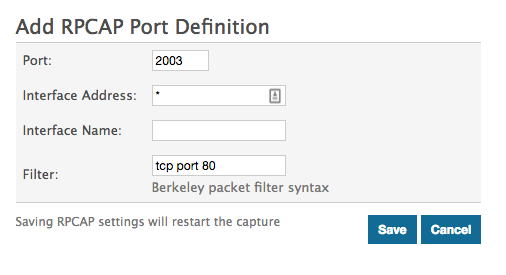 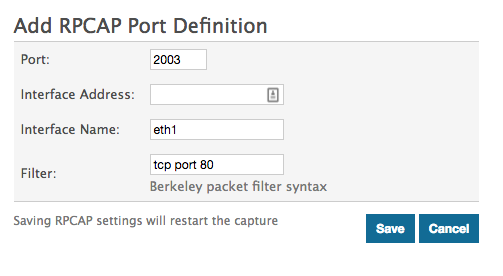 RPCAP forwards packets over a range of UDP ports that are determined by the TCP ports configured in the sensor and packetstore and the model of your appliance.